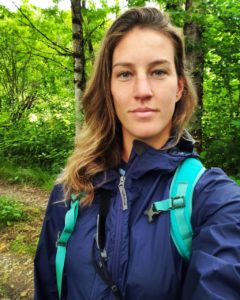 The release of captive-raised mottled duskywing butterflies at Pinery Provincial Park represents a groundbreaking insect re-introduction project in Canada. This project, organized and supported by the Ontario Butterfly Species at Risk Recovery Team is the first of its kind in the province, and one of very few insect re-introductions nationwide. I am working in the field to both release the new cohorts of butterflies at Pinery Park, and to examine the outcomes of these releases, which began in 2021 and are ongoing yearly.

In partnership with Wildlife Preservation Canada, I intend to examine the efficacy of releasing different life stages of mottled duskywing (larvae, adults, pupae) into the habitat. I am also collecting data related to habitat colonisation, site-specific phenology, dispersal, and variation in habitat structure between release sites. This work will increase the effectiveness of invested time and capital involved in future insect re-introduction projects for species-at-risk.