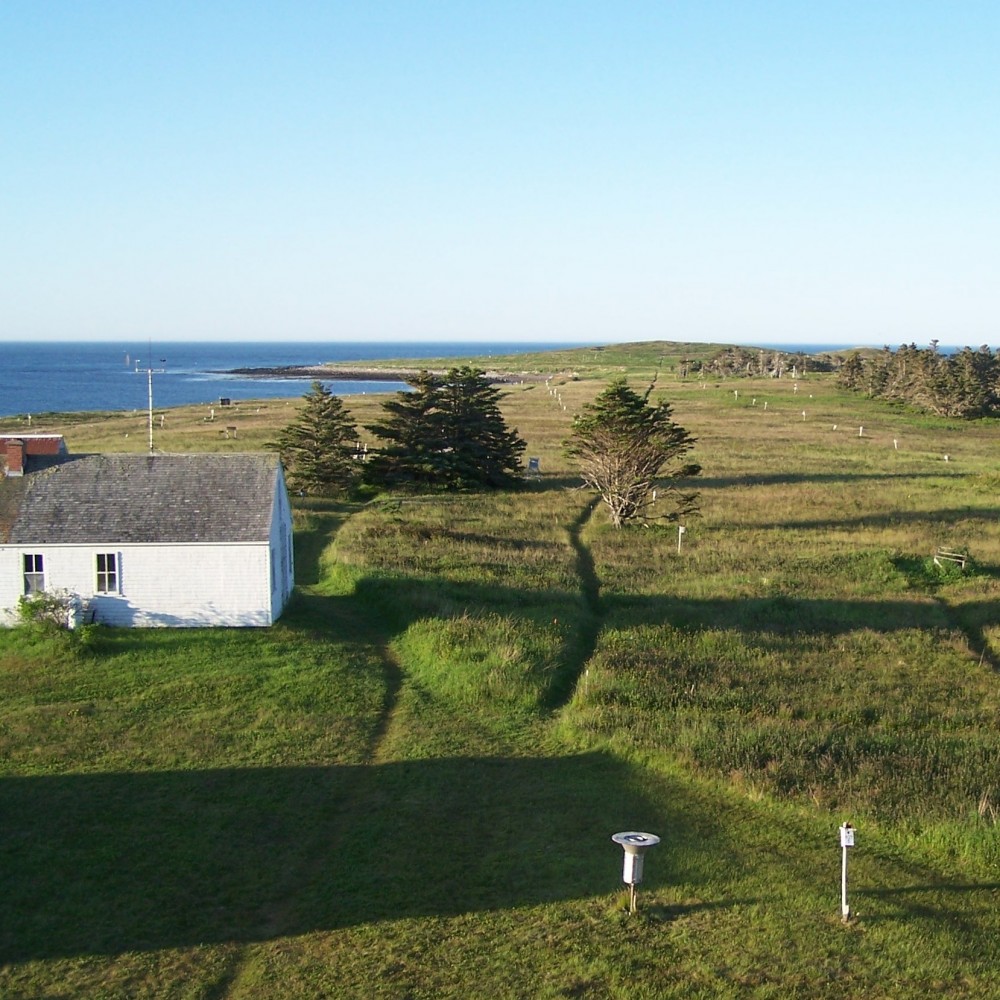 Kent Island is a small 80 ha island located off of Grand Manan in the Bay of Fundy, New Brunswick. The Savannah sparrow population was first studied by Clara Dixon in the 1960’s but a long-term study was initiated by Nat Wheelwright in the mid-1980’s. Ryan Norris and his graduate students began studying this population in 2008, forming a time series of almost 30 years. The study site consists of 50m x 50m mowed trails (see in the photo) and supports between 35-75 breeding pairs per year. All individuals within the study site are banded and all nests are found and monitored throughout the season.