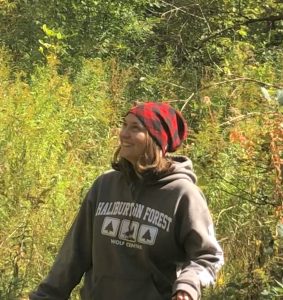 The persistence of invasive species due to human intervention is a serious concern for native wildlife across the globe. One invasive predator that has become successful is the free-roaming domestic cat (Felis catus). Cats kill an estimated 100–350 million birds each year in Canada. Cats are also known to bring home more prey in the summer months, indicating that there may be a higher exposure of birds to cats during this time, but we don’t know how the relative proportion of cats to birds in certain habitats changes across seasons (spring/summer vs autumn/winter). Therefore, it is important to determine how the abundances of cats and birds vary over habitats and seasons in an urban area, and if cat abundances influence bird abundances in certain habitats or times of the year.

For my MSc, I will determine 1) how cat abundances change across seasons and habitats, and 2) how bird abundances change across seasons and how this is influenced by habitats, bird species, and by the presence of cats. The primary objective of this project is to identify specific habitats and times of the year that birds face a high risk of predation from cats. This critical preliminary information can then be relayed to local and provincial governments, cat welfare advocates, and conservation authorities to inform them of the effects that outdoor cats may have on native bird behaviour, and help with the creation of effective management strategies to protect birds.

I completed my undergrad at McMaster University in Honours Biology.